today is the last day of what is probably the event of the year in Oslo: the Nordic World Ski Championships. the mania on the streets is only understandable once you know that most Norwegians begin cross-country skiing at the age of 2 (and I’m not exaggerating here). only because Norwegians talk about it all the time did I discover that Canada won the team sprint event a few days ago (and apparently it’s the first time Canadians have won a medal in the world championships).

ah well, among all the giant snow and ice sculptures (with tons of Edvard Munch references) and cute protests against Statoil’s involvement in Canadian tar sands, my favourite photo is this display from Freia the chocolate company: 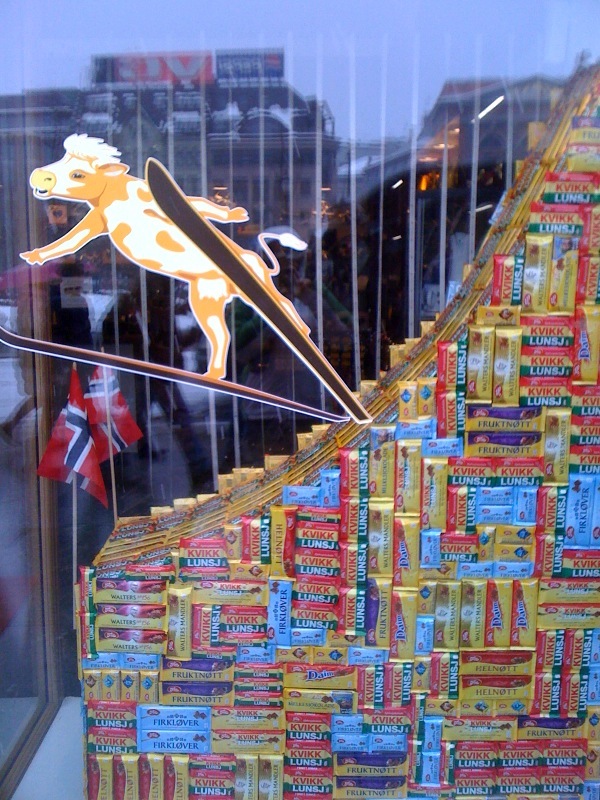 …which of course highlights the fact that a brand new ski jump in Holmenkollen was built specially for this event (amid some controversy concerning costs, as usual). but it is all worth it because it even has an online game!