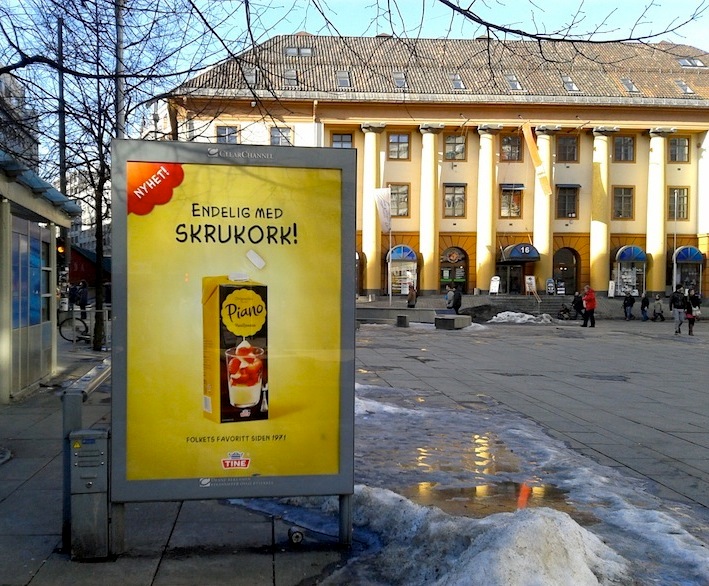 It doesn’t market any other feature. No great taste, no new recipe, just… a screw cap.

(This particular product used to be opened with a flip top, which admittedly gets kinda messy, but that only begs the question as to why they didn’t use a better cap in the first place.)

Okay, maybe the Norwegian vanilla-sauce community will forever remain inscrutable to me. But it doesn’t take much to understand the crassness of the following Norwegian advertisement for “nacho pizza” (and as every foreigner in Norway is told, Norwegians eat the most frozen pizza per capita—which means this ad is really targeting the masses):

Really? Mariachis on mini-ponies? Flamenco dancers? Cowboys? I’m pretty sure all Mexicans in Norway are thoroughly offended by now.

Runner-up to this is an ad by OBOS (a co-op building association) that’s been playing in Oslo movie theatres lately, featuring grown Italian men still living with mamma:

For those of you who thought Norwegians were worldly and politically correct: you’re welcome. 😉