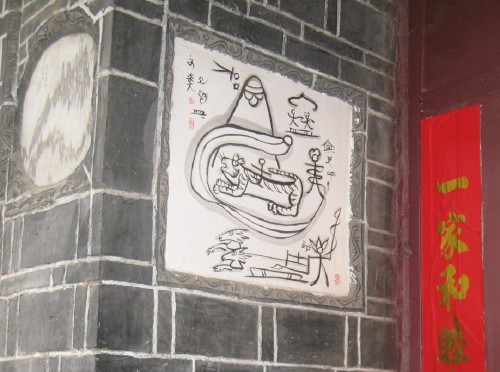 yesterday was spent wandering the alleys of old lijiang, examining the calligraphy and brush paintings outside of people’s homes, with their mix of local pictograms and chinese characters.

coming here I’m elated not only about being able to speak to people, but also about being able to read signs–at least enough to get around. traveling is so much easier without that co-dependency with my beat-up, duct-taped, berlitz dictionary. because every foreign character is a commitment: radical charts, stroke numbers, multiple pronunciations…

but I love it, it’s fascinating. though you may just have to be a bit of a nut to recall with /fondness/ two hours spent deciphering signs in a beijing train station simply to buy a ticket.

so yesterday was a day meant for me. was thinking of some beautiful words I had received recently, when I noticed a character lying on the ground. 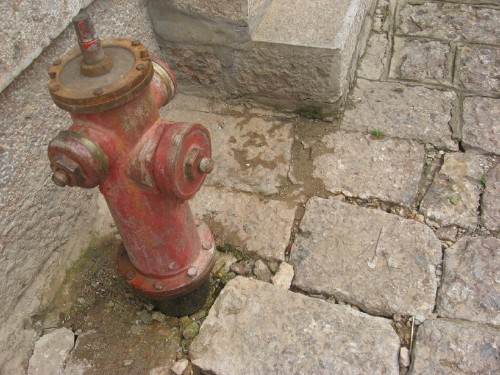 (might be hard to see: on the tile to the right of the hydrant.)

ok, fairly obvious. but then I found a couple others, strewn nearby: 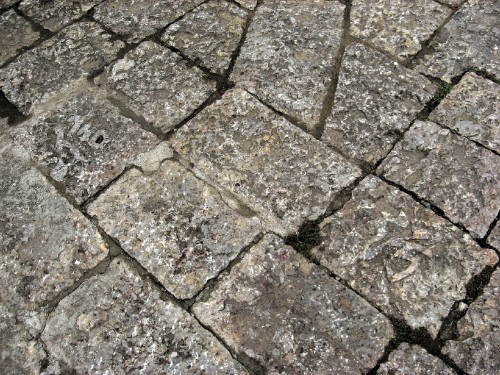 but my favourite of the day was found on an empty wall: 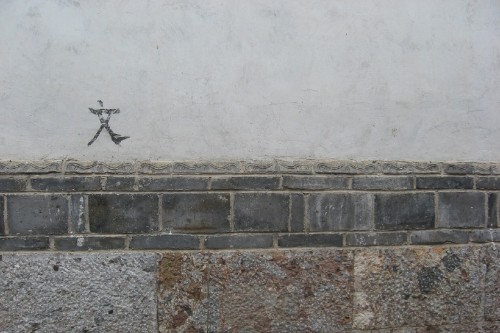