Today is a public holiday to commemorate 2/28. Since we didn’t know much about the origins of this holiday, we decided to take a (rainy) walk down to 228 Peace Memorial Park to check out the museum. 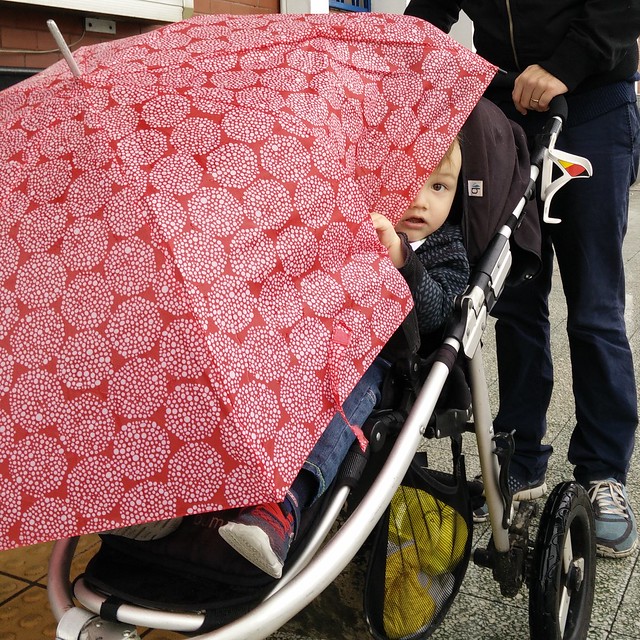 The museum was free but unfortunately all in Chinese (except for a single-page brochure in English). So although it was decent-looking enough, we didn’t spend too much time there. 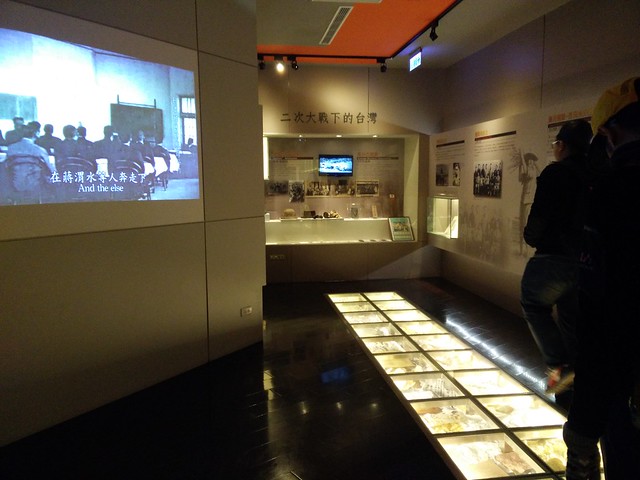 The first part of the museum had a lot of Japanese paraphernalia, probably to give background to the “Incident,” which occurred shortly after the Kuomintang took over from Japanese rule in Taiwan. While the KMT may have been welcomed by some in the beginning, economic mismanagement led to inflation, food shortages, and a large black market. On the evening of February 27, 1947, the Tobacco Monopoly Bureau went to confiscate contraband cigarettes from a street vendor named Lin Jiang-mai (林江邁) at the Tianma Tea House — which I just found out is around the corner from where I live. The so-called Incident started with one of the Monopoly agents butting Ms. Lin in the head with his rifle, which caused an uproar in the surrounding crowd. As the agents tried to flee, one of them shot into the crowd, killing a bystander.

Protests erupted on February 28, and government forces fired on some of the protestors. Riots grew over the following days, and on March 8 the KMT launched a crackdown, executing 3,000-4,000 Taiwanese around the island (Wikipedia), including many high school students. All told, the number of people killed in the ensuing weeks is estimated to be between 10,000 to 30,000. This is why many prefer the term 228 Massacre instead of Incident. It is now identified as the starting point for a 38-year suppression of political dissidents by the KMT, dubbed the White Terror (白色恐怖). 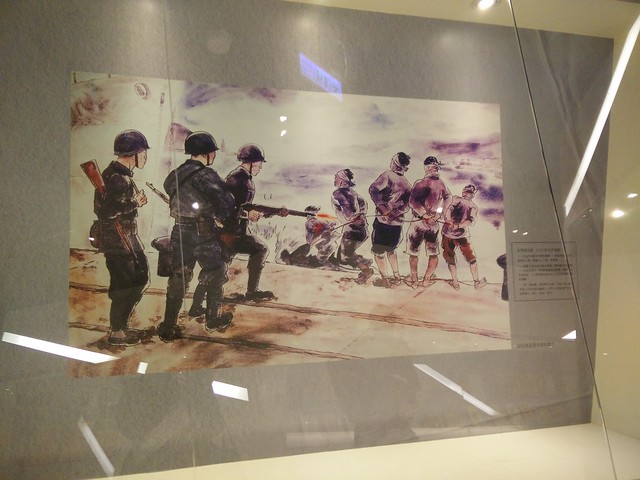 As this topic was taboo for several decades, I’m not sure we’ll ever know the whole story. My uncle told me there’s actually another 228 museum in Taipei, with information in English, so I hope to check that one out soon.