One Sunday we took a walk in Uhuru park, the large park just west of city centre. I wanted to visit because I knew from there you could see the Nairobi skyline (so what if it’s dominated by a giant Johnny Walker ad??): 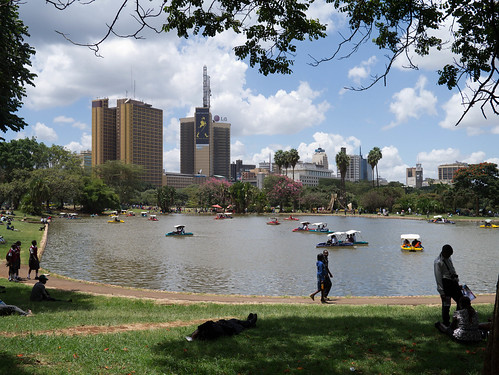 “Uhuru” means freedom in swahili, and the park is actually the place where the first Kenyan flag was raised after independence (from the British) in 1963. (Incidentally, Uhuru is also the first name of the current President, who was named in anticipation of Kenyan independence. And oh yeah, he’s also the son of Kenya’s first president, Jomo Kenyatta.)

We attracted a few stares in the park… partly because we aren’t black but particularly because we were pushing a stroller, which is not commonly used here. Ironically, this was the best place in Nairobi we’ve ever used the stroller: perfectly smooth pathways–as opposed to the gigantic pot holes that we normally bump our way through.

Mostly, though, the park was just filled with families enjoying the Sunday afternoon–and the various vendors trying to sell to them. In addition to paddle boats, electric toy cars (!), and pony rides, you can also rent a camel: 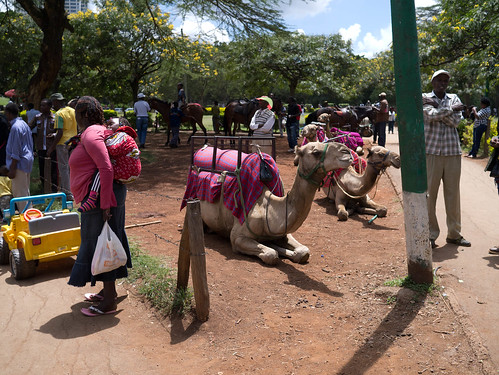 …or you can just buy an ice cream, from a guy wearing a lab coat (they always wear lab coats). 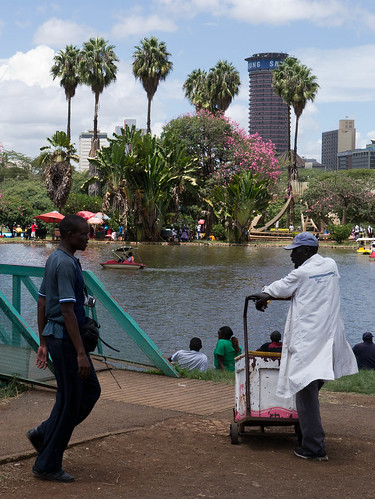 Will be nice to come back once baby S is bigger!