From my mailbox on a Sunday — you can tell elections are next week.

These are the so-called “9-in-1” elections. I don’t really understand why it’s the number 9, but anyway, this is the first time that there will be 7 referendum questions that can be voted on, in addition to the local elections. So in my district in Taipei, you would vote for mayor (out of 5 candidates), district councillor (25 candidates!), and your neighbourhood representative (3 candidates).

I’m eligible to vote for the first time, and I want to because of the referendum questions on same-sex marriage legislation in Taiwan. There have been a lot of anti-campaigns (seemingly run by old women) on the streets lately. Case in point, this brochure was also in my mailbox today, instructing people on how to vote on particular referendum questions (#10-12). 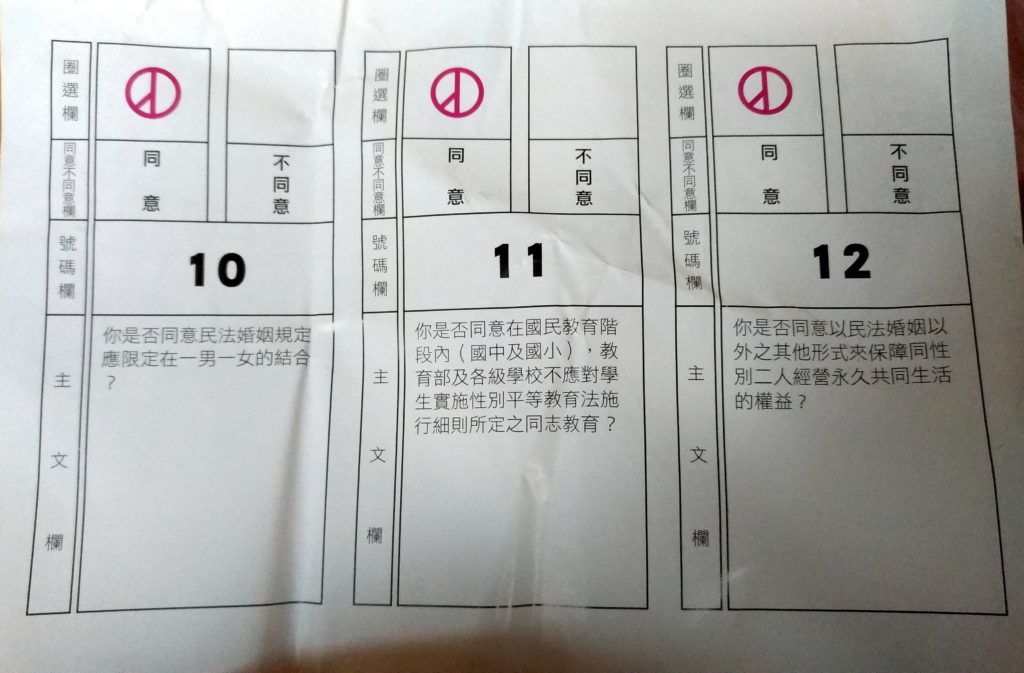 #10: Do you think legal marriage should be limited to a man and a woman?
#11: Do you agree that within elementary and middle school education, the Ministry of Education and schools should not implement the gender equality education regulations, including education about same-sex relationships?
#12: Do you agree that there should be separate legislation (outside of the civil law institution of marriage) to protect the rights of other long-term relationships, including same-sex relationships? 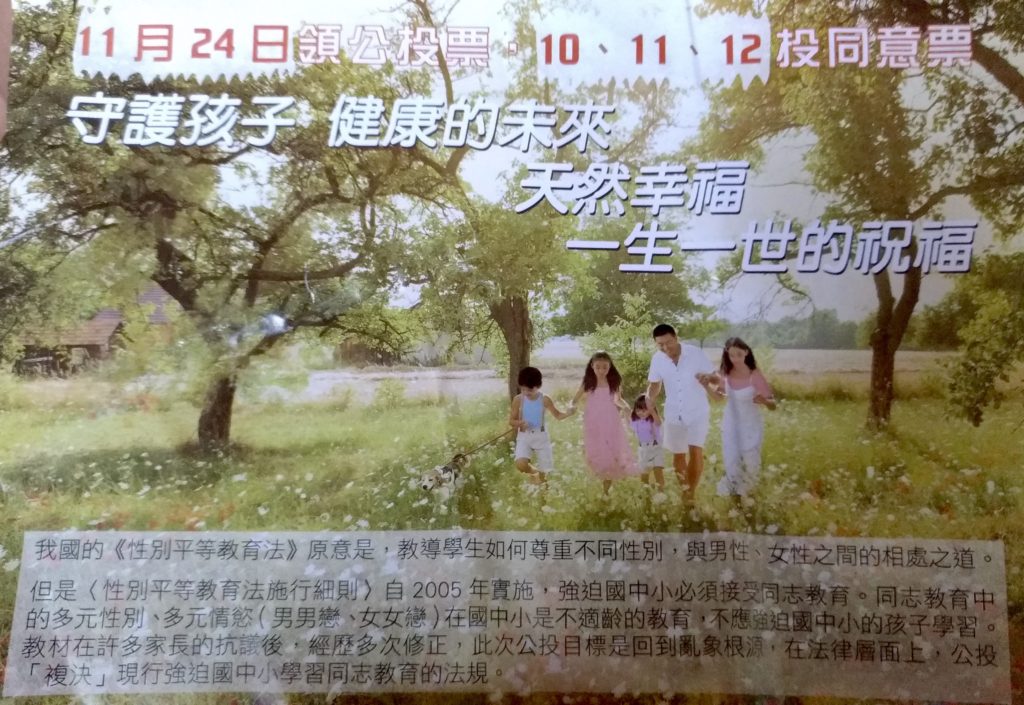