airport of the year from 2001-2005 (with a mere second place in 2006). fastest way to get there is taking the subway. you can check your luggage at Hong Kong station in Central, maybe shop a bit at the swanky IFC mall, then take the 23-minute ride to the actual airport… and shop some more. 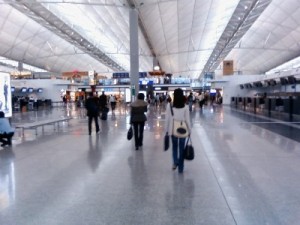 fastest way into town is to take the 28-minute KLIA express train to KL Sentral station. the airport looks eerily similar to HK’s airport: shopping shopping shopping. just with more muslims in headscarves walking around. according to wikipedia, the airport was designed by a japanese architect with the concept of airport in the forest, forest in the airport. It also has the world’s first six-star animal hotel for pets. 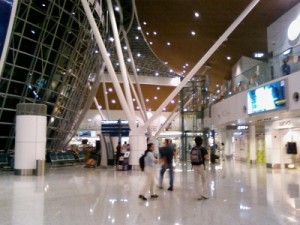 the 2006 “airport of the year” is a 30-minute subway ride from City Hall station. plus an extra 5-minute shuttle ride to get to the budget terminal (yes, it’s actually called the “budget terminal“, as opposed to Terminals 1 & 2). they only tell you which gate your flight is at 30 minutes before departure, and last call is 10 minutes later (the terminal is small though, so this is not a problem)–which means most passengers wait in the large common hall instead of at each gate. I flew tiger airways, which was fun (and cheap). no assigned seating. all flight attendants and staff wear cotton tees and pants by giordano with tiger-striped belts. 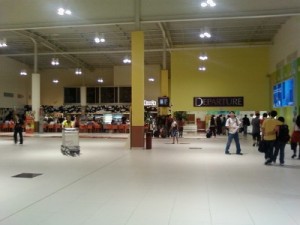