Today I happened to pass by just as Trafikanten was installing a brand new transit sign at Oslo’s busiest interchange, Jernbanetorget. 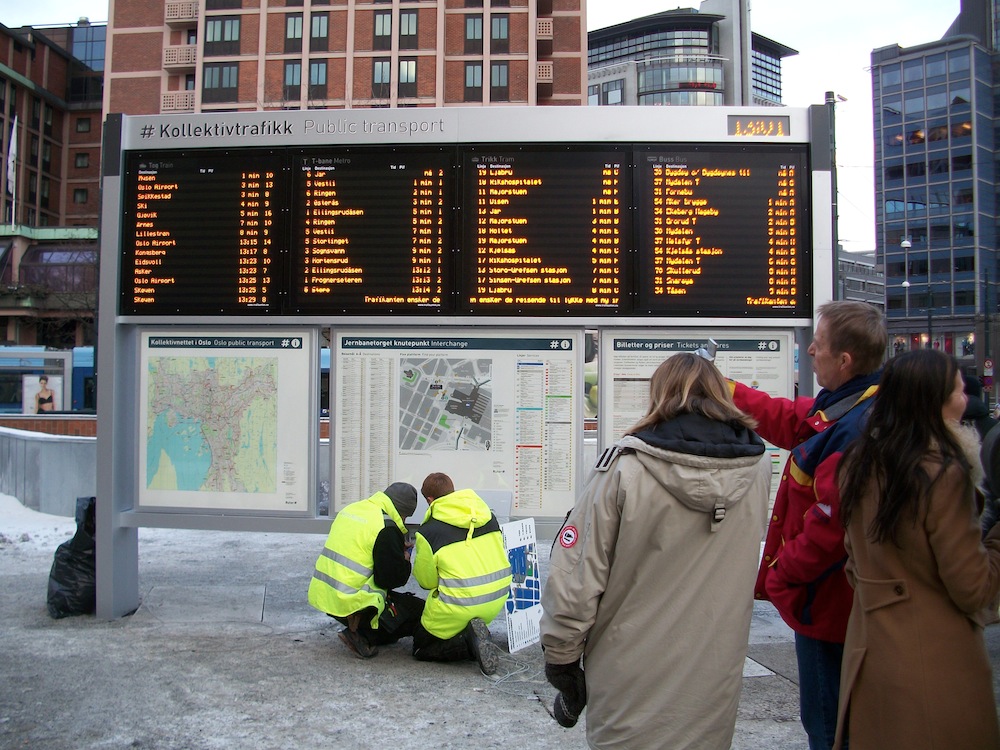 This totally made my day! Since every single bus/tram/subway/train in Oslo passes through this station, all their different platforms are spread over a few blocks, both above and underground. Which can be annoying when, like last week, I was waiting for a bus on Platform D when I could have taken the tram from Platform E (which I only saw passing by after it had pulled out). No longer! 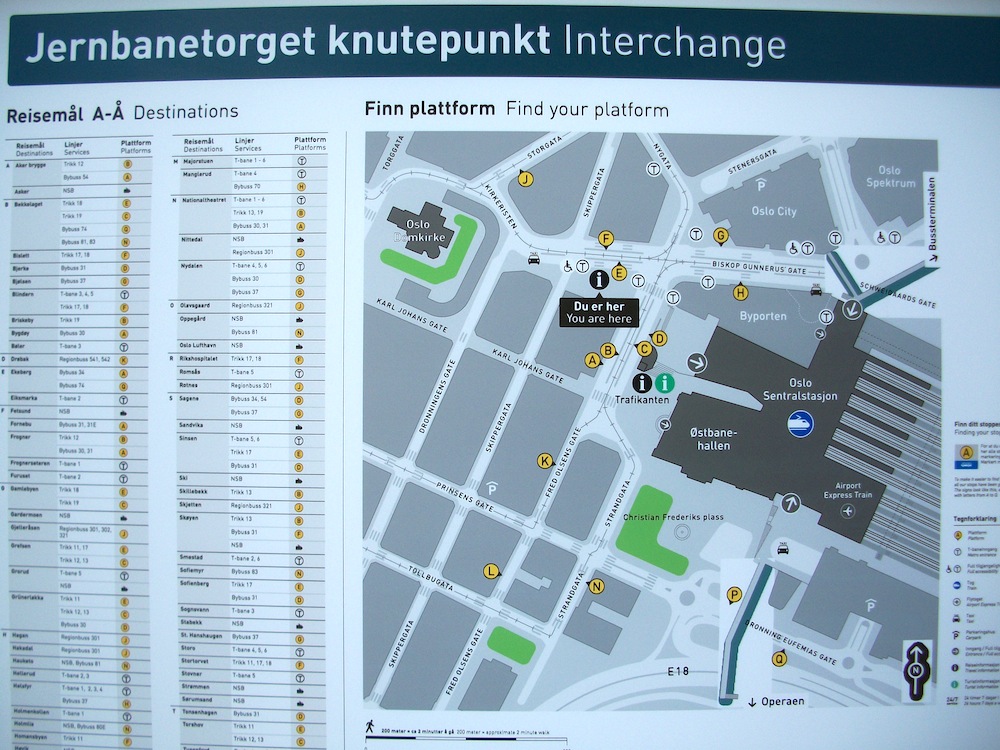 During the installation, they also handed out cups of warm gløgg as people stopped to admire the signs (at least I think it was gløgg, since I’ve never had it before: dark, almost coffee-coloured, and overly sweet…) Good times had by all! Or at least by me.