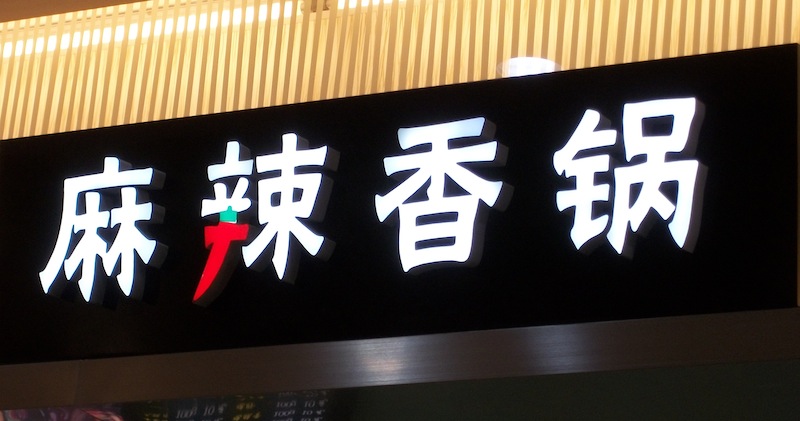 Mala xiangguo is a new dish I discovered on my last trip to China; and I’m hoping someone just recently invented this, because I don’t know how I could not have tried it before! After seeing people line up for this dish at different food courts, we finally tried it at a sit-down place called… yep, the name of the dish. (ma la xiang guo = “numbing spicy fragrant pot”) 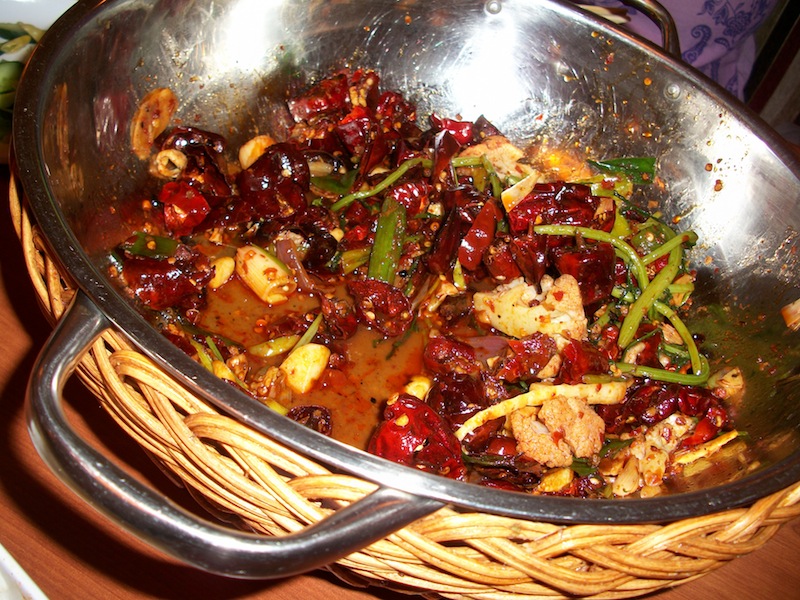 Unfortunately this is a post-eating shot, but you can see it’s for spice lovers. You could say it’s kinda like a dry version of hotpot… Basically there’s a counter with raw ingredients (similar to what you would find for hotpot), and your server fills a gigantic metal bowl with whatever you tell him. Then after choosing either regular or really spicy, the cook does some sort of magic cookery while you wait for its final delivery to your table. YUM! and NUMB!

I believe you pay by weight at food courts, but at this particular restaurant it was a set price. which apparently also included ice cream to cool you down after (or maybe even during?) your meal–like this guy here, who we watched alternate bites between the bowl and his two cones: 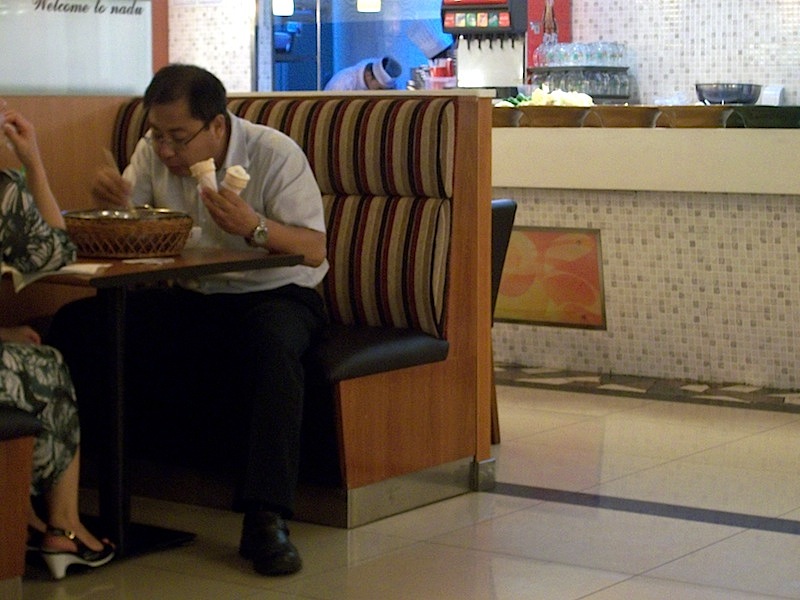