there are lots of ads around Stockholm consisting of pixelated 18th-century oil paintings—a marketing ploy by the national museum for their lust & last (“lust & vice”) exhibit. 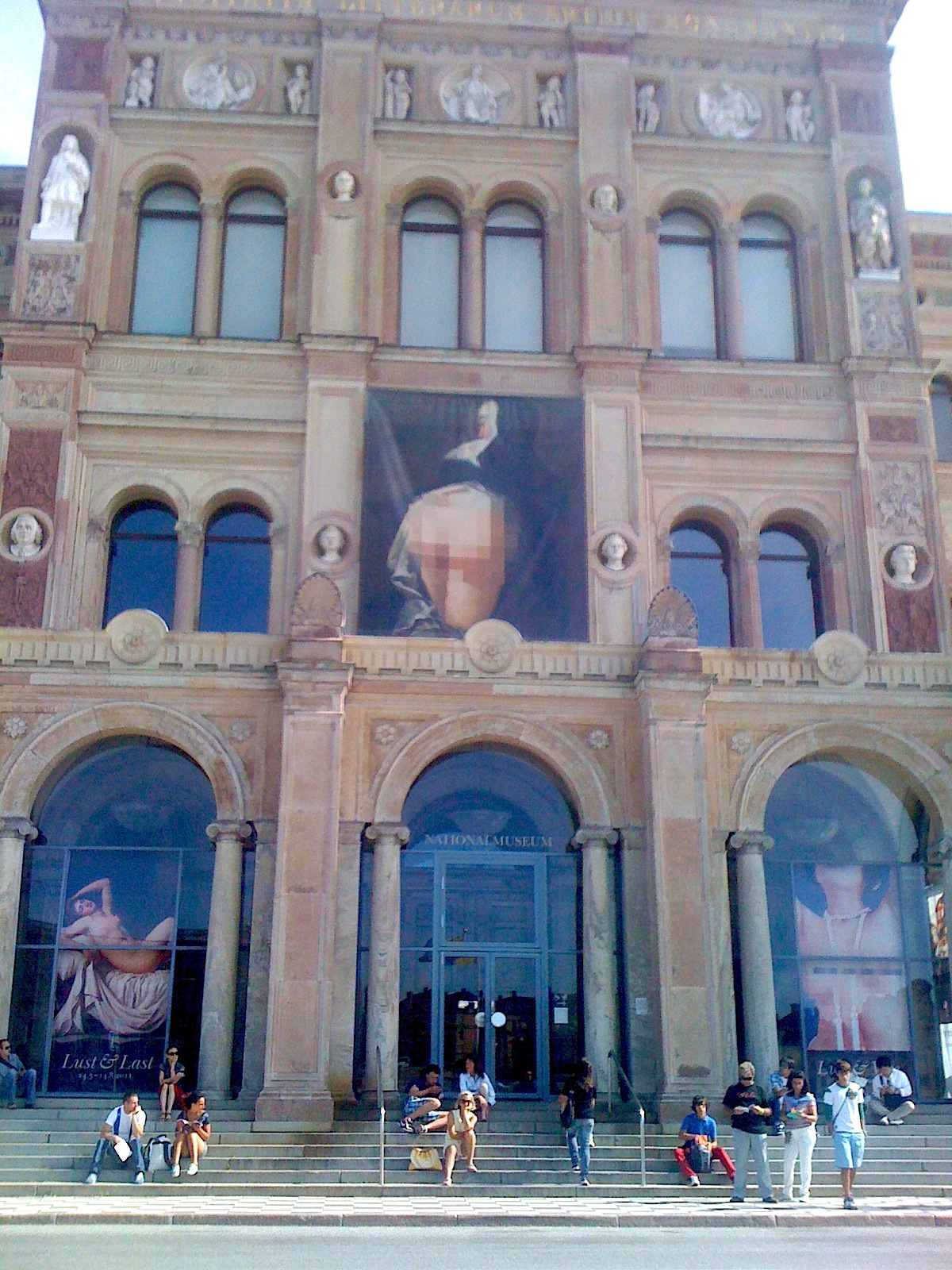 according to the museum:

the exhibit was not bad. the most amusing piece was a two-sided painting by Martin van Meytens called “The Kneeling Nun”…