Today, we randomly took Bus 41 up to Taipei Children’s Amusement Park! It was on a whim, so we didn’t realize that the bus ride would take over an hour (future note: taking the MRT would probably be faster). At any rate, the amusement park itself was both smaller and better than expected! (These two attributes were not necessarily related.) 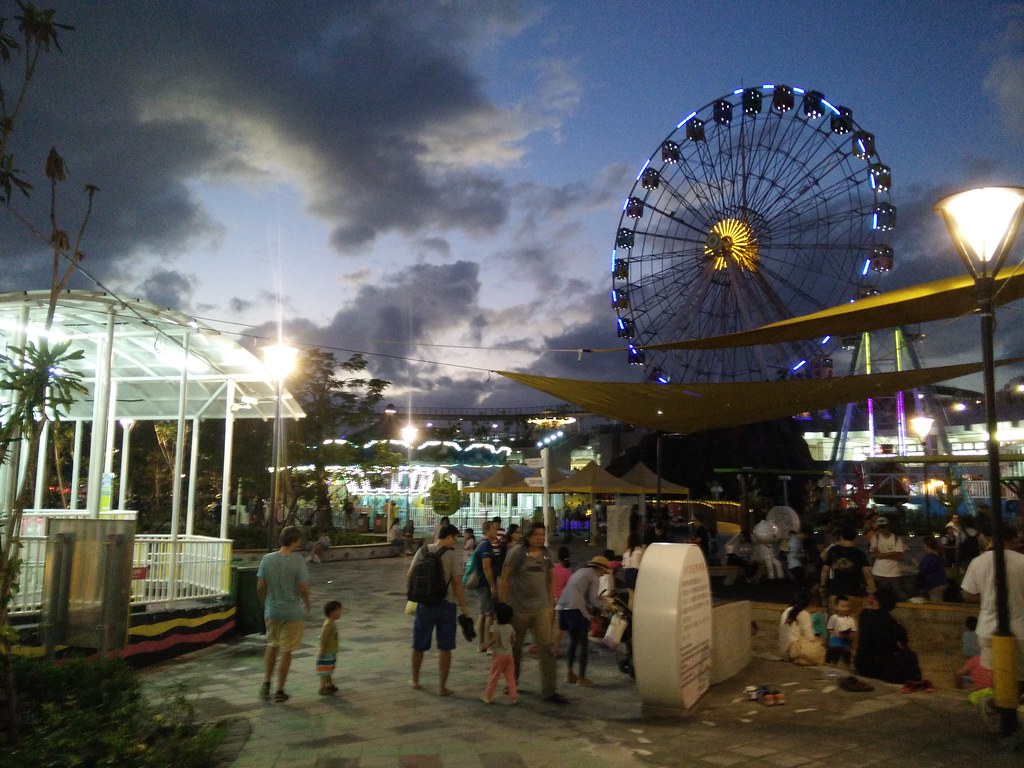 There’s lots to do for young kids here. While the playground and sandbox seemed very popular (and free), S. loved watching the remote-controlled mini boats in the small pond. However, it was clear that his absolute favourite was driving a motorized mini-car around a small track.

We actually arrived in the late afternoon, and discovered that the Park is free after 4 PM, until closing at 8 PM (entrance is normally NT$30, which you can pay by EasyCard). In fact, all the rides could be paid for by EasyCard, and were generally NT$30 each (though the motorized car was $80). All in all, it was pretty convenient and not too crowded–a good visit in my books… 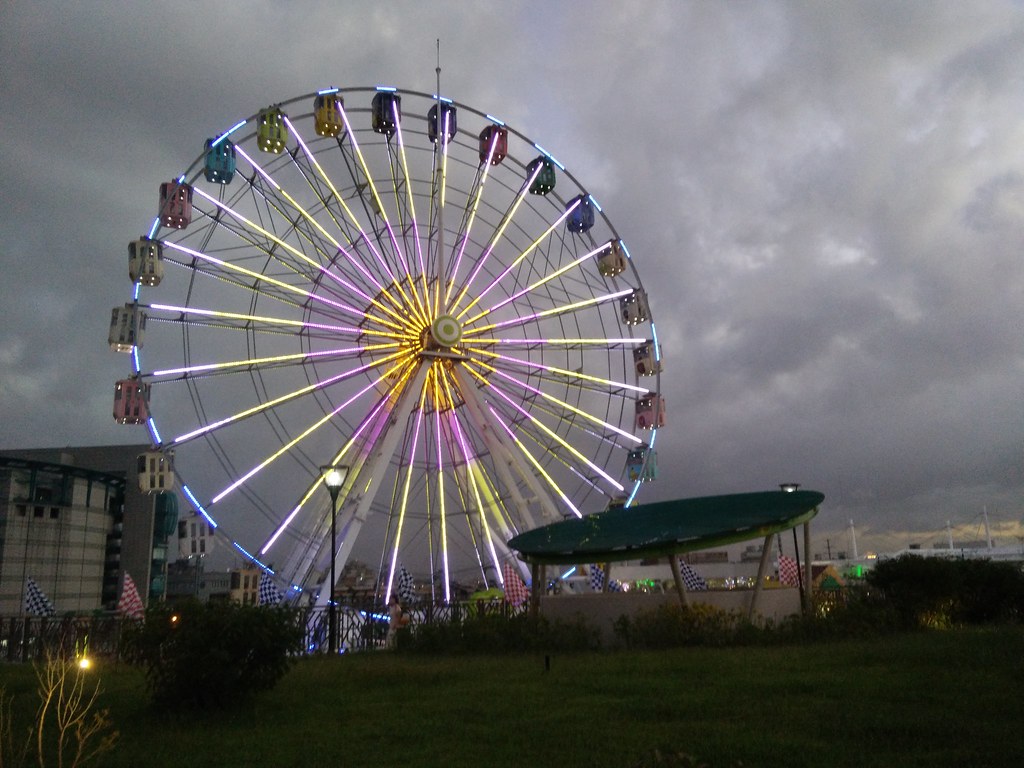