Since it’s December and minus 15°C out, I thought I’d write about the beach. Or at least about the last time I’d been to a beach, which was in Dalian on China’s Northeast coast.

Dalian was rated China’s most livable city in 2006–a fact that kept popping up everywhere we went (or maybe we were just watching too many CCTV commercials at the hotel). Dalian also happened to be the site of a massive pipeline oil spill in July, equivalent in size to the Exxon Valdez accident (though I suppose this is minuscule when compared to what was happening in the Gulf of Mexico at the time).

Anyway, we were curious to check out the beaches since we were there barely 3 weeks after the oil spill.

As far as Chinese beaches go, things appeared to be normal for August: i.e., insanely crowded + blazingly hot. We opted to stay away from the crowds and crossed over to a rocky area by the water. No oil residue in sight! 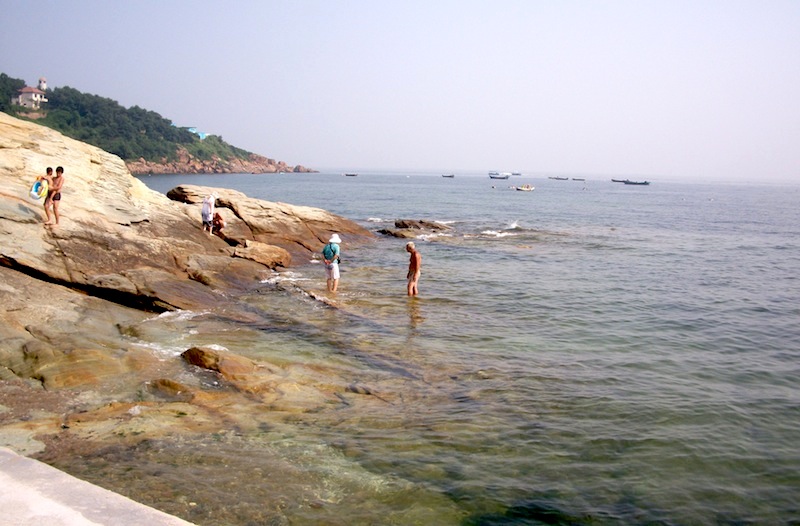 …and only one wedding photo shoot. 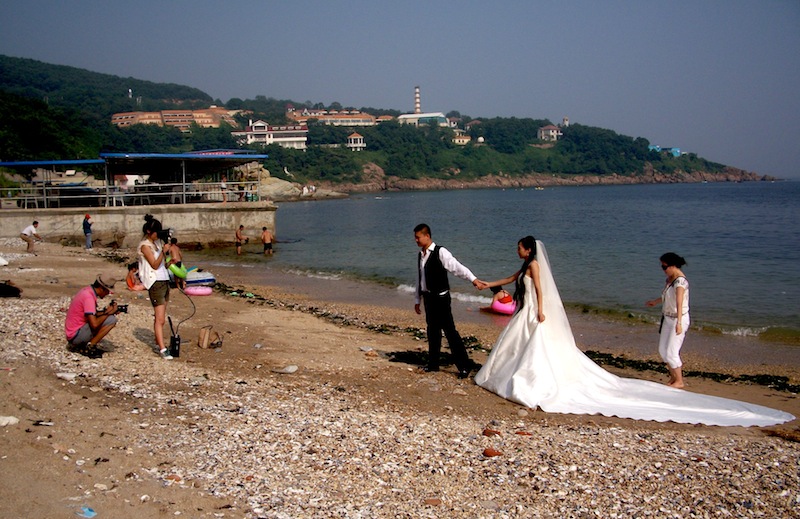 [the job of the woman behind the bride was to throw the train of the dress high into the air–imitating a gigantic gust of sea wind, I guess?]

The heat was too much, so it wasn’t long before we grabbed a taxi back to the hotel… and after some rest and A/C, we headed to a sichuanese restaurant and had some of my favourite dishes for dinner: shui-zhu-yu (fish), pickled cucumbers, and yu-xiang-qiezi (eggplant). woot! 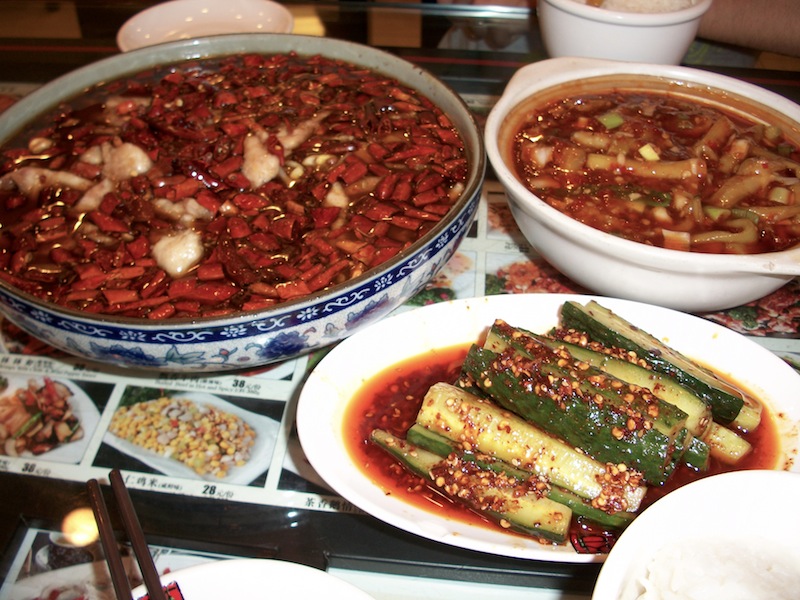