Norway’s national holiday… is not really a holiday. At 8:00 in the morning, I woke up hearing a band playing the national anthem?! so I looked out the window: the school across the street was full of dressed-up students and their parents (and a marching band), and they were already making their way out to the day’s main attraction–barnetoget.

Basically what happens on the 17th of May is that every child participates in the “kids’ parade”, which goes along the main streets of Oslo and before the King at the Royal Palace. And everyone of all ages dresses up in their “bunad”, the national costume with different designs according to the region you’re from. Like this:

(and if you don’t have a bunad, any costume is acceptable, including sailor suits.)

Anyway, barnetoget takes over FOUR HOURS because it involves every class of every school in the Oslo area. So, you may ask, how do these poor kids get through this grueling holiday? It’s simple: on the 17th of May, every child is allowed to eat as much ice cream and as many hot dogs as they want! (I don’t know how this got to be a national rule, but ask any Norwegian and they will confirm this.) I guess indoctrination works best when they’re young.

This is what the parade looks like from up close, a tumble of kids and flags:

And this is the view from in front of the palace: 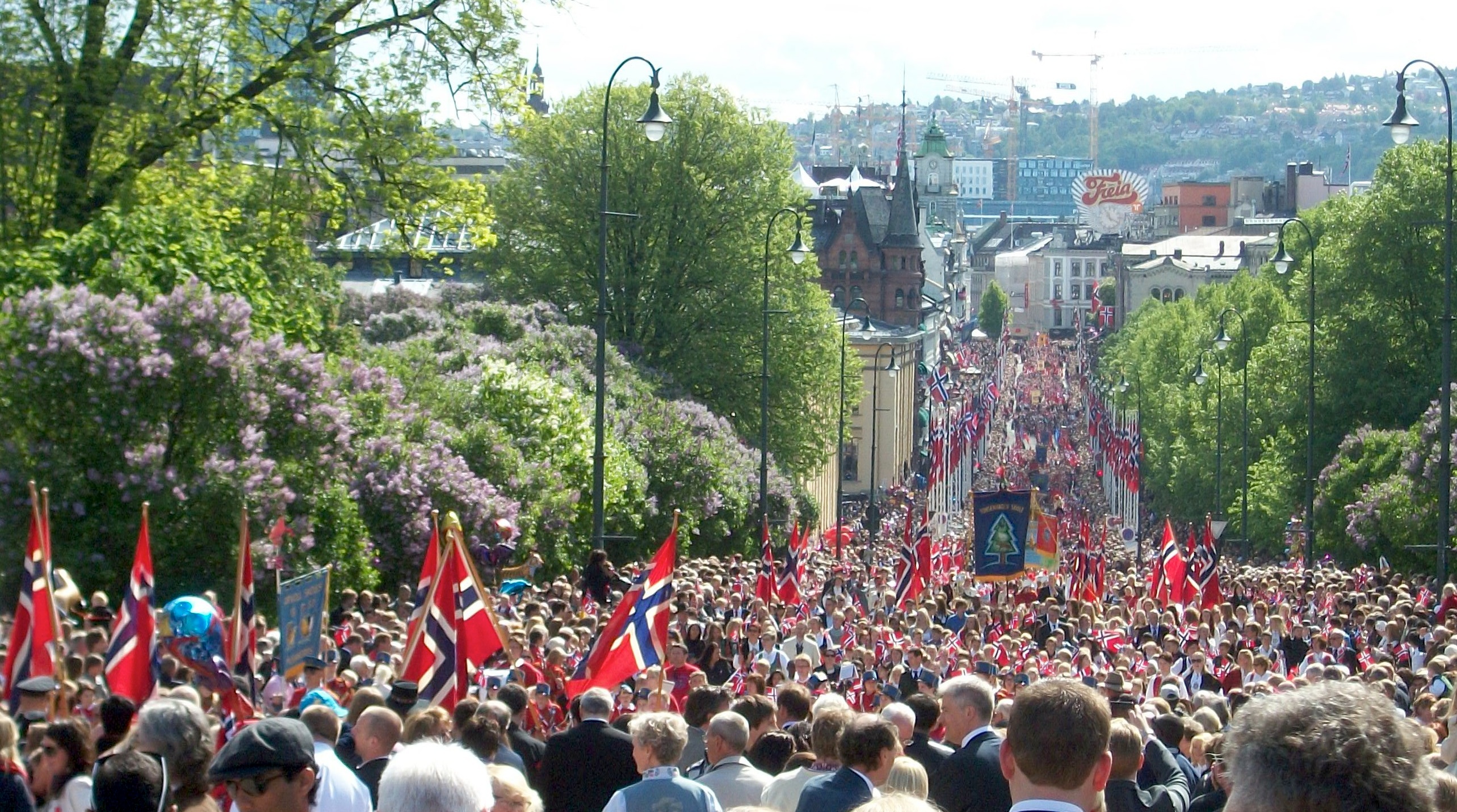 I went to see the parade because it was my first 17th of May, but many people my age would skip this altogether and go to a friend’s place for brunch & champagne (this appears to be the adult version of all-you-can-eat ice cream & hot dogs).

I have never seen so many flags in my life (including in the U.S.). Nor so many people dressed up! Really quite remarkable.